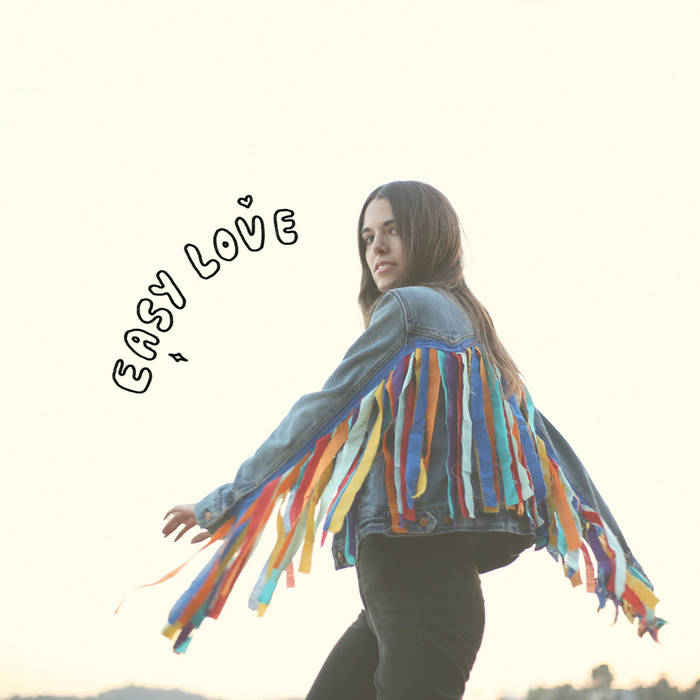 Gordon Frisbie Just that. For a good price. I 'm from CO, but I can hear the seabreeze pounding onto the rocks. Favorite track: No One Like You.

gabm Justine is the aWesum n pretty!
Favorite track: No One Like You.

Angel Medina Reppin Riverside you guys rock. this album is hot butter! summer twins are gud too Favorite track: I Want You To Know.

Hazy existentialism can transform a pretty melody into a guilt-ridden Dear John Letter. It can take the bratty simplicity of licking a lollipop on the boardwalk, whistling "Les Sucettes,” and make it as heavy as clouds pillowing the California sun. Two years ago, Justine Brown—the 28-year-old drummer of dream-pop duo Summer Twins—began to explore the anxiety associated with regret. She was lovesick, secluded in her family home in Riverside, California. She had an electric guitar and a shoebox filled with painful memories. She referred to her project as “Easy Love.”

“I betrayed the person I loved the most,” she says. “Being honest with him about it was heartbreaking, but also freeing.” Released from the shackles of regret, Easy Love became her musical wings. After spending half her life collaborating with her sister, for this project Justine played all the instruments and provided all the vocals.The result was an LP of 9 tracks recorded and engineered by Eric Penna throughout 2016. Most of the songs were recorded in her bedroom with guitars strewn across the bed, a vintage microphone set up next to her dresser, and an amp in the closet. Penna engineered and recorded Easy Love by exploring ‘90s Rock and 60’s French Pop —guided by Brown’s self-referential lyricism. On “No One Like You,” her lithe falsetto floats over a surfy track that’s groovy, above the waves, but dark once you swim under the current of regret found in her words: “There’s no excuse for how I treated you. I should have done things right.”

Bandcamp Daily  your guide to the world of Bandcamp